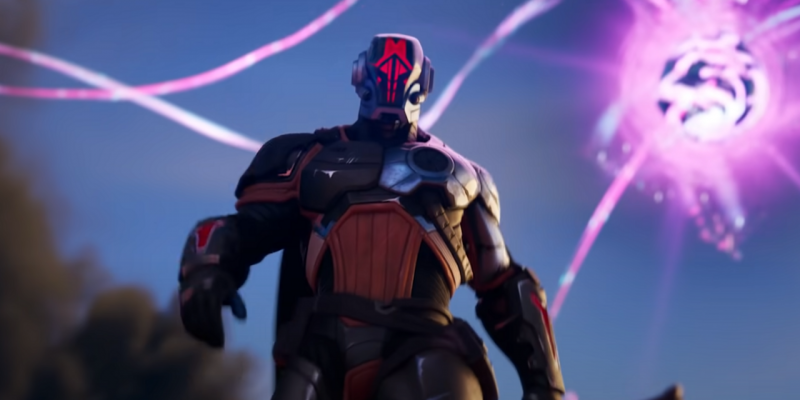 For the second time this year, Dwayne «The Rock» Johnson has teased his involvement in Fortnite, and this time he"s all but confirmed he is the man behind the mask--and the voice--of The Foundation, one of the most important characters in Fortnite lore.

The Rock took to social media to make what may have been a run-of-the-mill video from the superstar. On the surface, it was nothing but an ad for his energy drink, ZOA, but Fortnite fans saw it differently. Inside The Rock"s fridge was the unmistakable mask of The Foundation, one of Fortnite"s mysterious Seven, a group of apparent meta-humans that are diametrically opposed to the Imagined Order, the game"s supposed villainous faction.

THE ROCK WITH A FOUNDATION HELMET, AND DONALD REPOSTED IT

Also in the video on his table is a prop sci-fi gun that looks like something The Foundation may holster. The Rock also mentions a «Zero Point,» the life-creating energy source at the heart of the Fortnite island, and several times in the video, the camera spins upside-down--a likely nod to the Chapter 3 «flipside» theme that has been mentioned by some leakers.