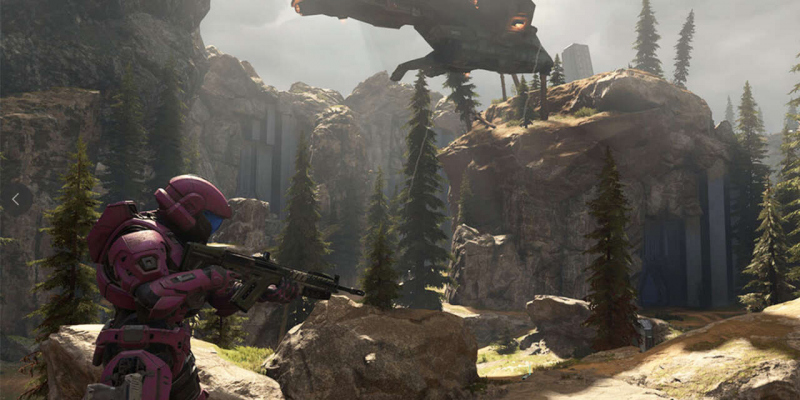 Halo Infinite: You Can Bounce Skewer Shots Off Ramps

One Halo Infinite player has accidentally discovered that you can use the game"s Skewer weapon to bounce shots off man cannons.

ManiacalZManiac, the player who discovered the new trick, shared the gameplay clip to the Halo subreddit, saying, «TIL the Skewer is affected by mancannons.» The 21-second-video shows the player reloading the weapon with the intention of firing it at an enemy across from them, but their aim seemed to hit the map"s man cannon ramp instead, which then propelled the Skewer shot to hit the enemy player directly.

The Halo Infinite player even earned the kill as the player board indicates, suggesting that this technique was intentional on 343 Industries" part. The video also shows off a few more angles of the kill, showing the Skewer hit the player in the head in a perfect arch.